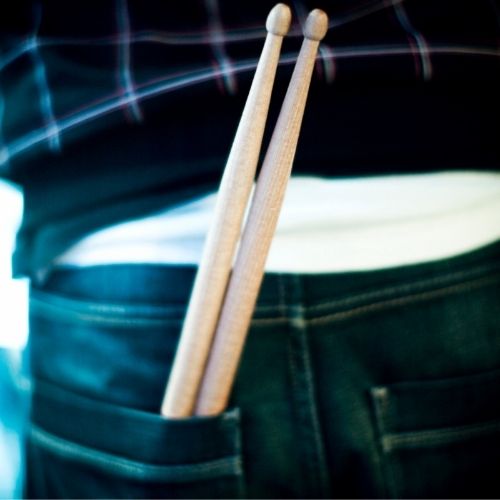 There are many resources online now about how to play drums but drumming is really about one thing, groove. Learn how to get great groove. 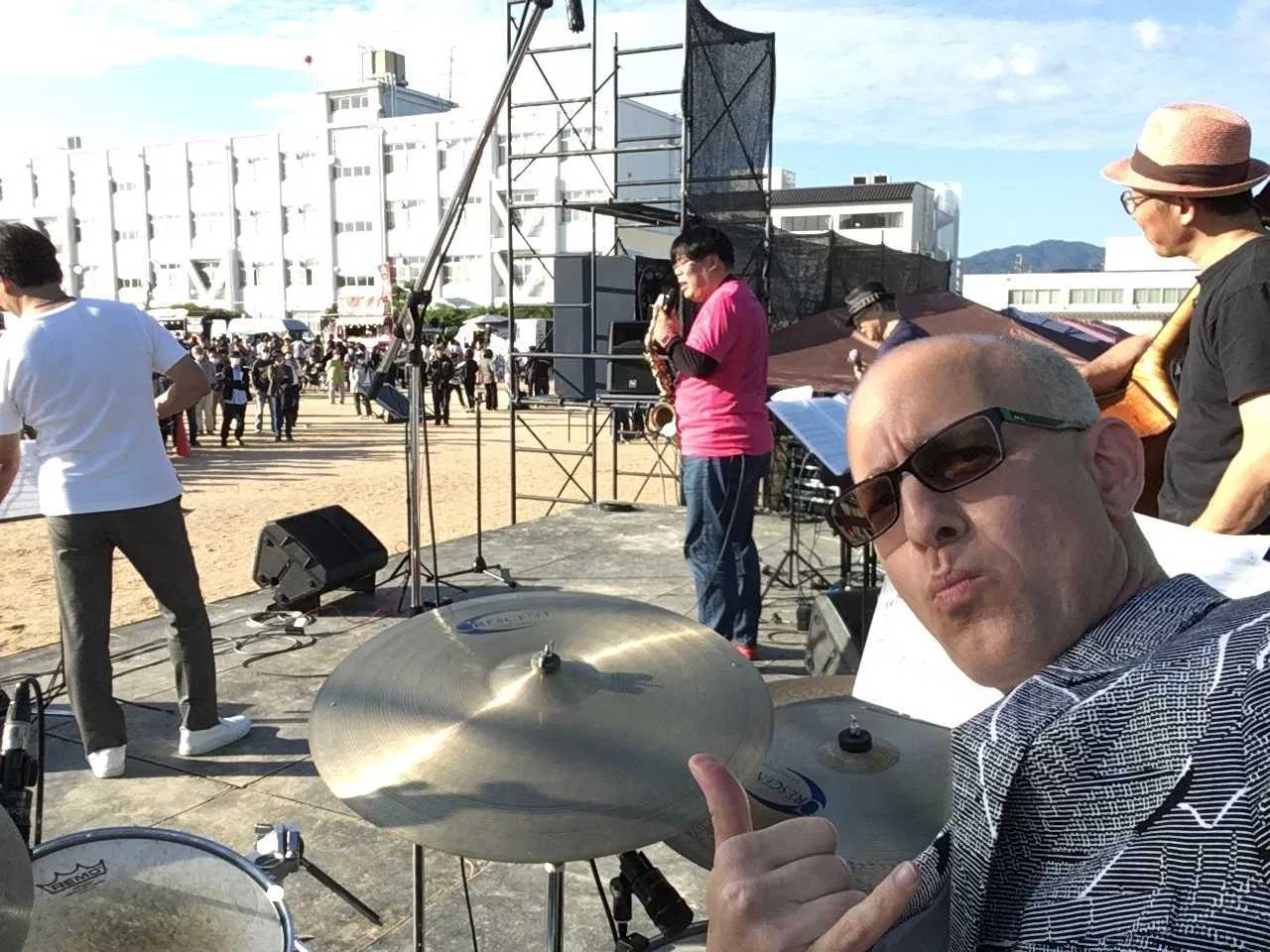 For your first Jazz drumming gig, there are a couple of important things that you might want to be prepared for. Learn them to get gigging! 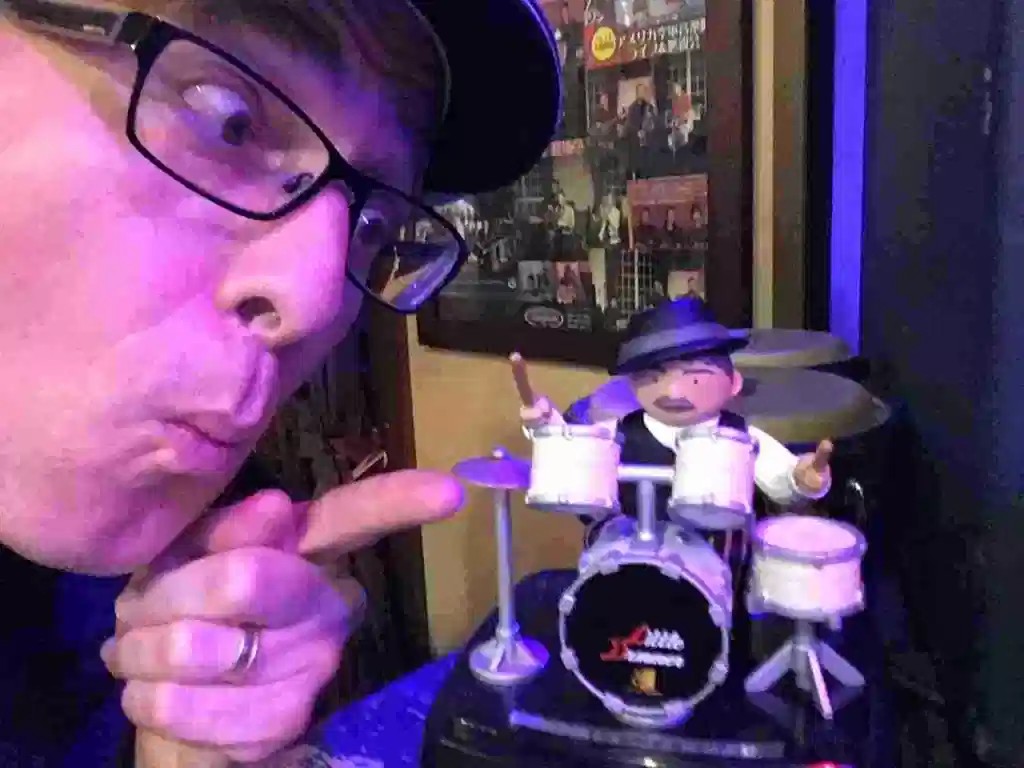 Here I share 6 tips to help you perform your best at all of your drum gigs. These tips can help you get more playing opportunities too! 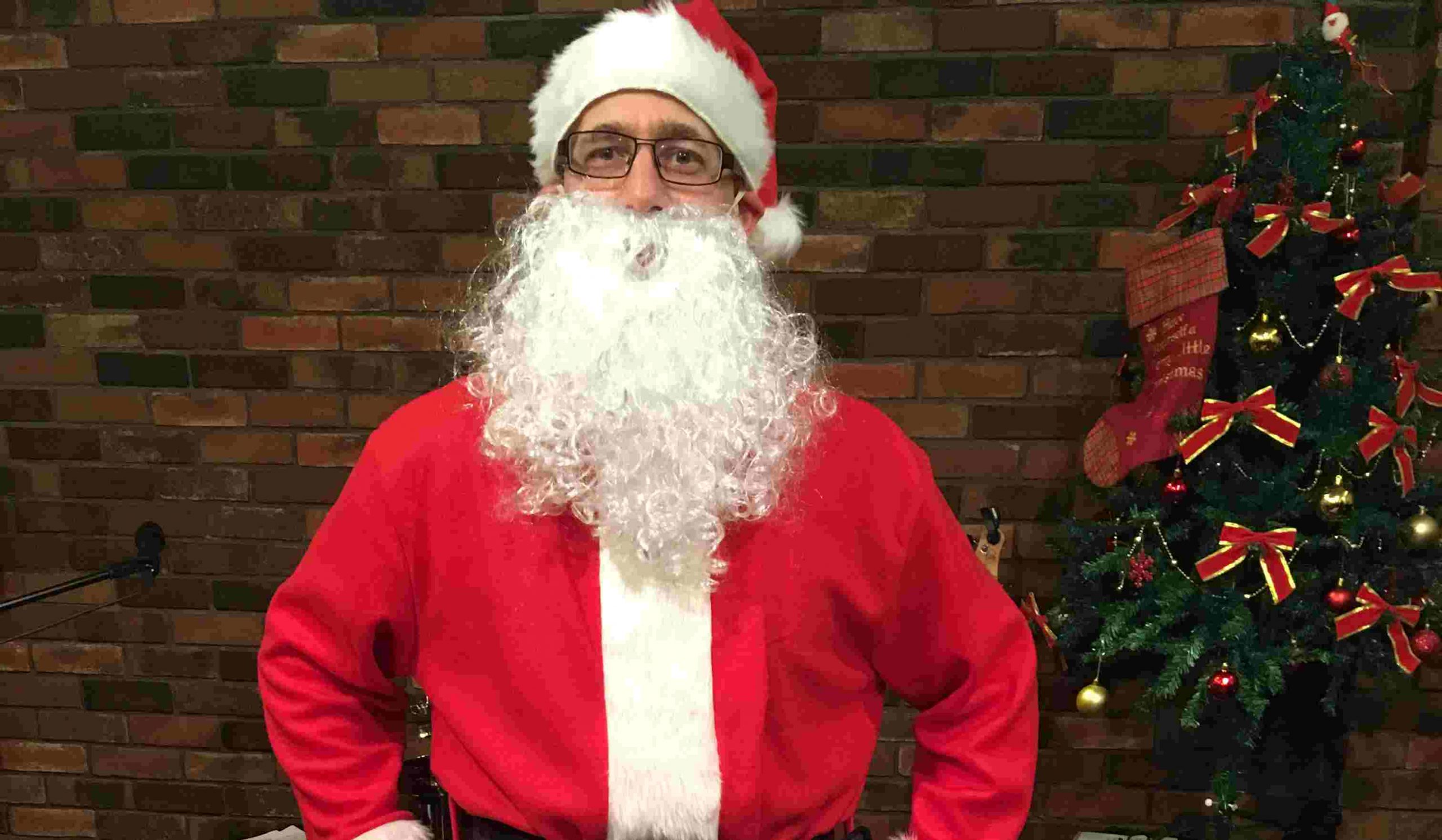 Last night was another wonderful Von Baron Band show at Cafe Make in Osaka! I am so grateful for my amazing musicians, enthusiastic audience and supportive live house! The music was powerful, energetic and fun! Everyone who came, sang, danced and had a great time. I surprised everyone at the second set by wearing my Santa costume and sang “Santa Claus Is Coming To Town”. We even got my friend Masako Moriura to come and sing! She always sounds wonderful! Another fan and friend Yukari Fujimura came up to help me teach the dance to my new song “I Love Japan.” It was such a special night and I’m really happy everyone had a great time! I am grateful and always feel so lucky to perform in Japan! I love Japan! 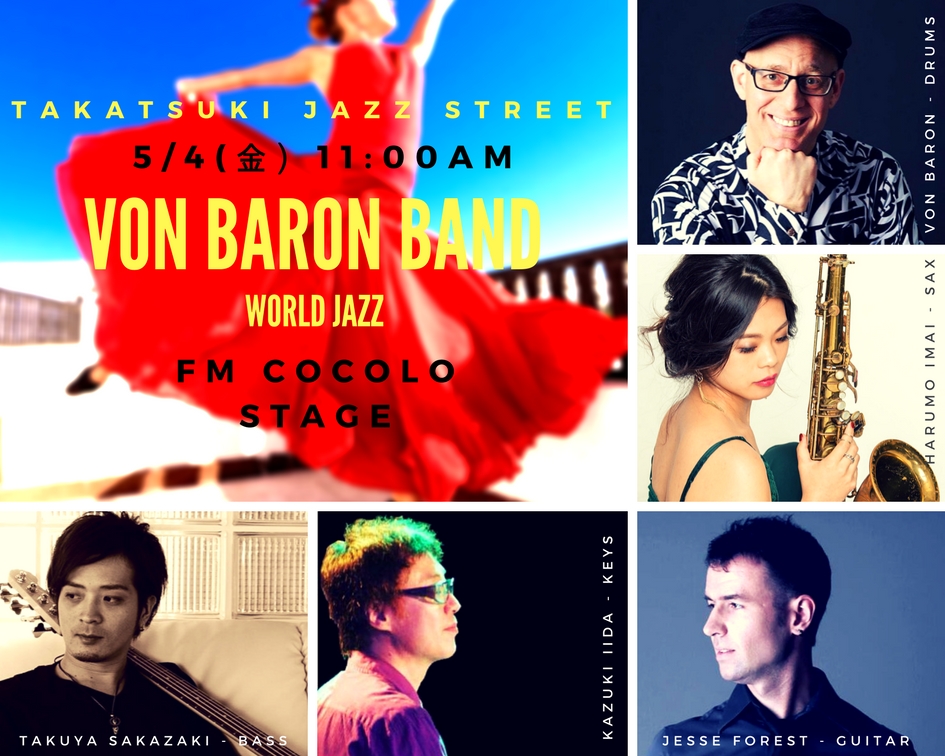 At this year’s Takatsuki Jazz Street Music Festival May 4th 11:00am, I will have the opportunity to share my music on the FM Cocolo MainStage at one of the largest, most-respected music festivals in Japan. I am incredibly grateful for this opportunity!
When I released my first CD Pangaea in 2007, I had no idea, I would be living in Japan ten years later. To perform my music and spread my message of peace, love and music throughout Japan has long been a dream of mine. I am grateful that the incredible musicians who will join me are making my dream a reality. I want to take a moment and introduce the members for the Takatsuki Jazz Street show. The fireball of the group is young saxophonist Harumo Imai. I met her at a Funk jam session in 2016 just after arriving in Japan. When I first saw her perform, I was amazed at her HUGE sound and commanding stage presence. Harumo’s sax playing is powerful beyond words. My fellow American, Jesse Forest is playing both electric and nylon stringed guitars with the Von Baron Band. I first met Jesse at an Osaka area music school and performance space in 2016 and knew that we were going to be musical pals. His eclectic approach to music as well as his extraordinary guitar skills are second to none and his solos will move you. I met Kazuki Iida performing at a Jazz festival with Harumo Imai in 2017. Right away, I liked this guy’s smooth yet energetic approach to the keys. His sound is refined and intensely creative. Kazuki brings a musical approach that blends beautifully with the other members. Playing the very important low notes in the band is Takuya Sakazaki. I met him first on a Jazz gig in 2017 and we instantly connected musically. Drummers and bass players have to be in sync with each other in musical situations. Takuya has superb time and feel that make it easy for  everyone in the band to groove.  His soloing is also wonderfully melodic and tasty!

Together, we are creating unforgettable shows! Every performance is unique and full of surprises blending Jazz, Classical, Pop, Funk, World and EDM music into a new genre called “World Jazz.” Come join us and be a part of a new community for peace, love and music throughout Japan. Come fully alive with music! 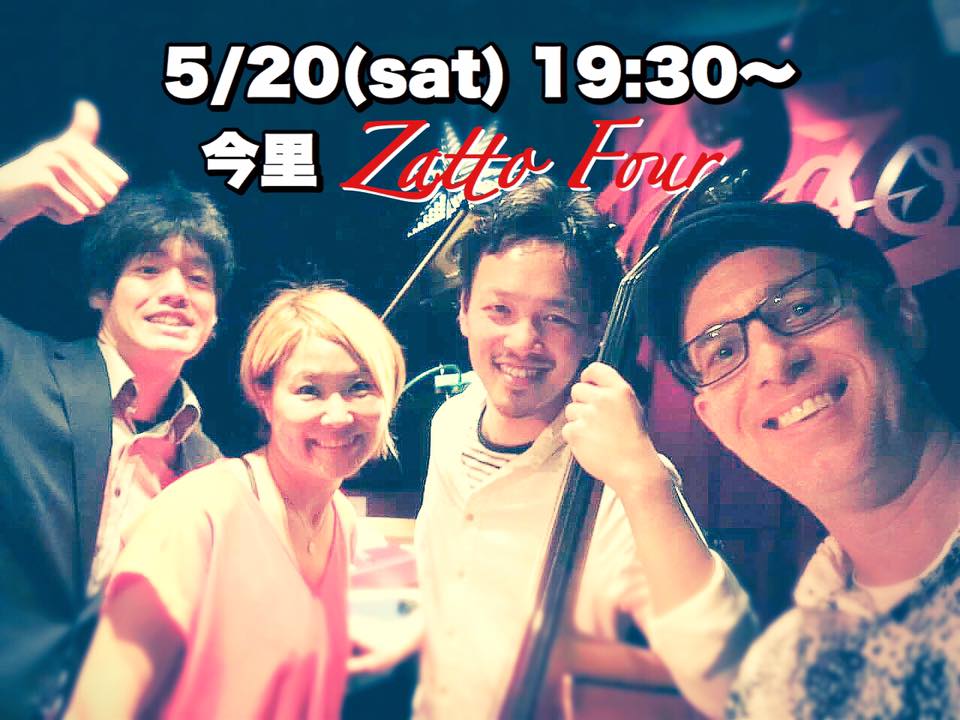 So last year in September my family and I relocated from Honolulu, HI to Osaka, Japan and that’s why it’s taken me a while to post another blog. Sorry for the delay and thanks for taking the time to read this one! 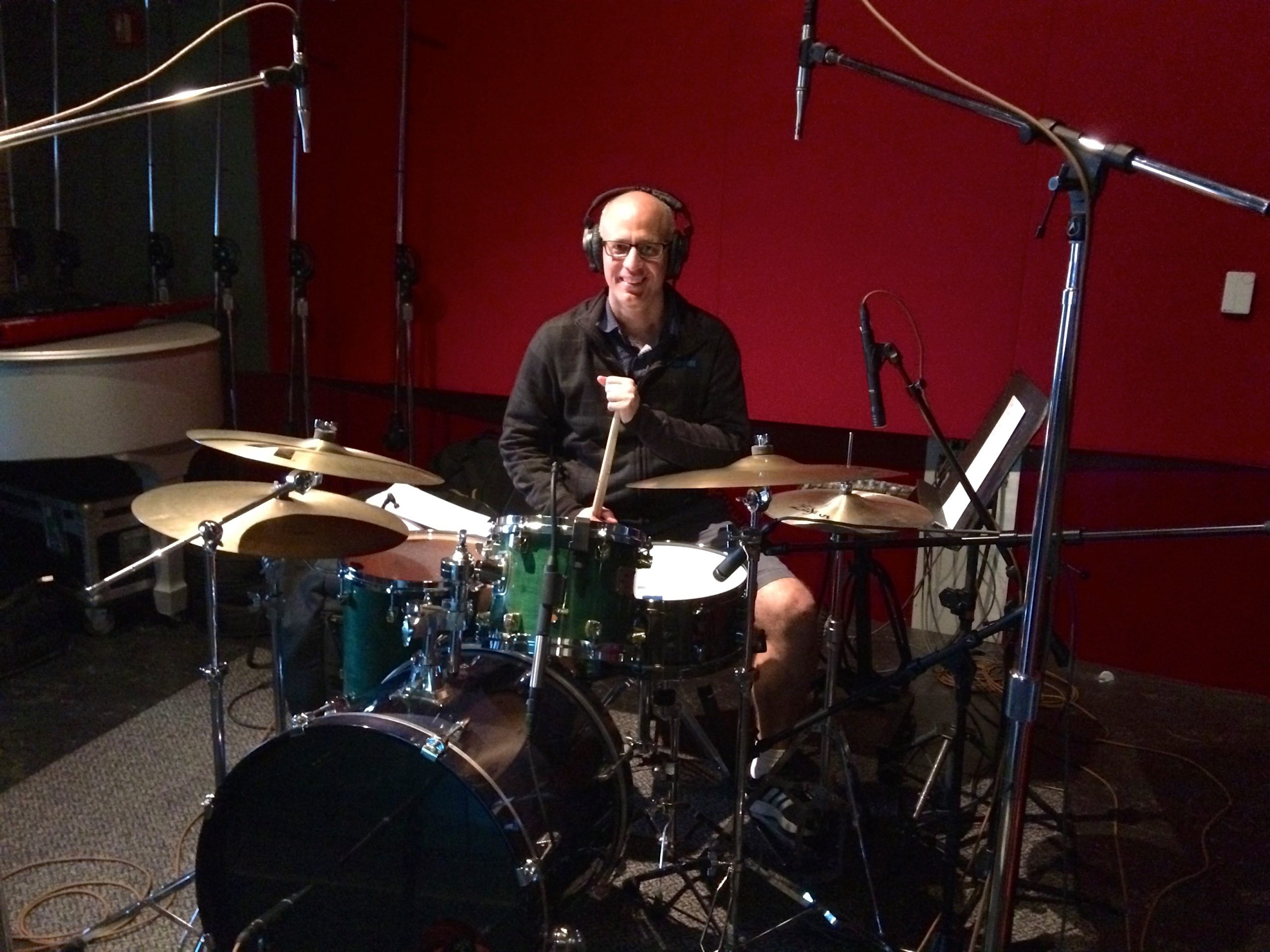 Hey it’s Kapono Beamer! I was in a recording session with he and Gerhard Narholz from Sonoton at Island Sound Studios. It’s always so wonderful to work with Kapono. 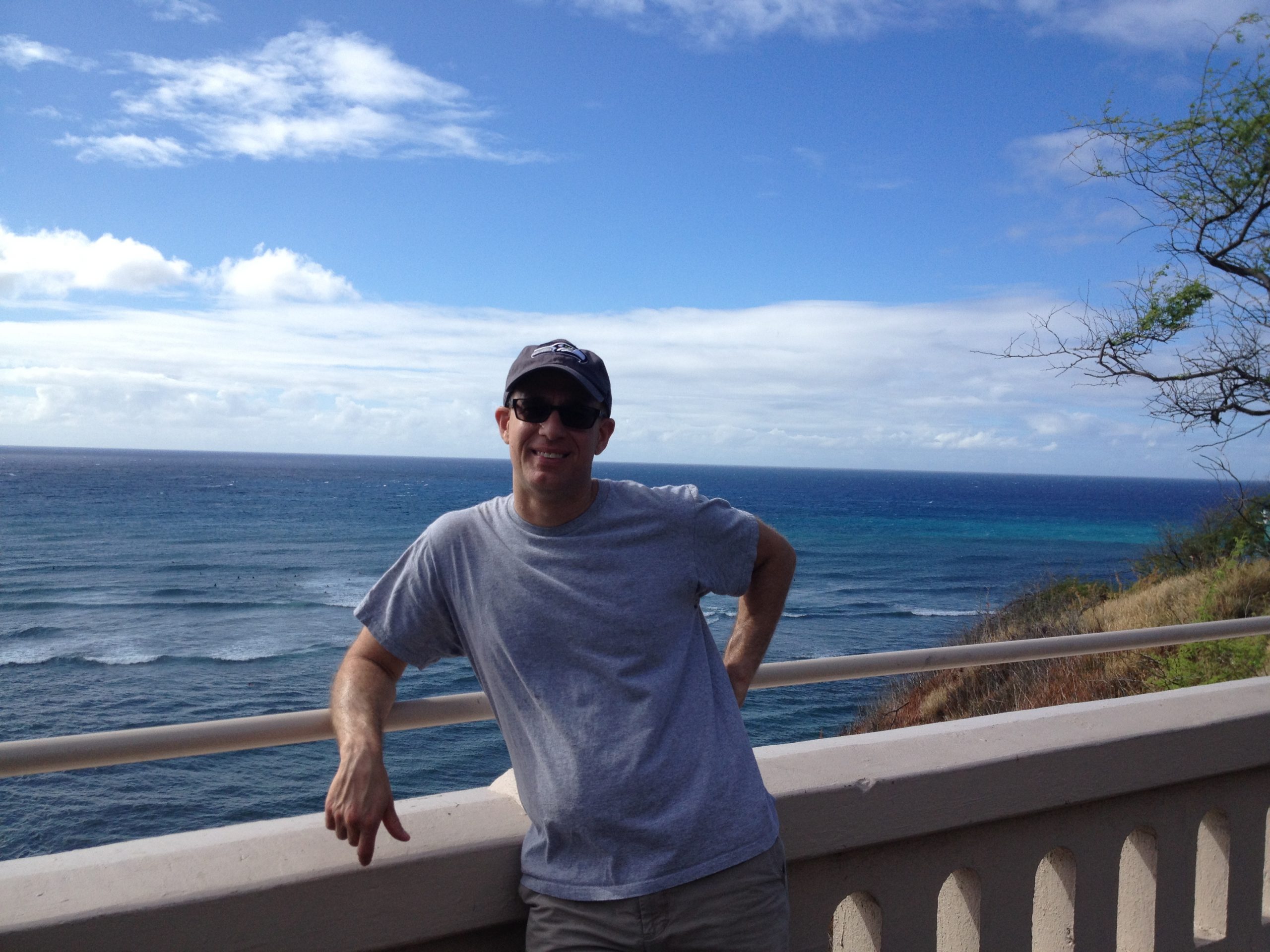 This place never gets any less beautiful! 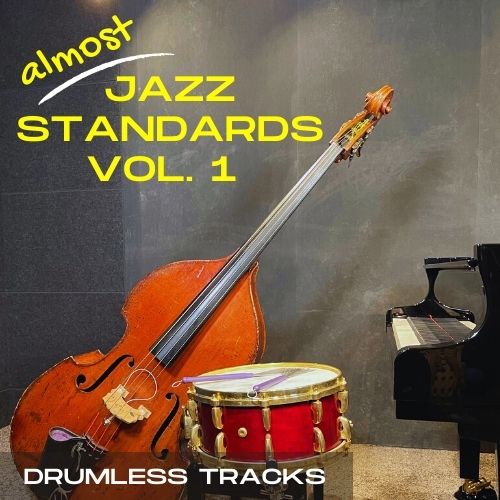 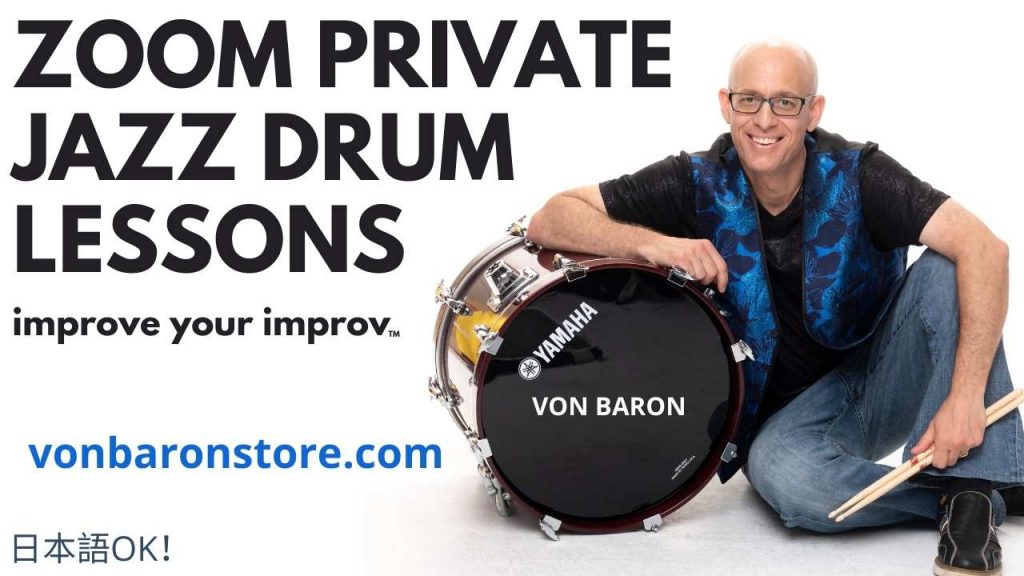