I’ve watched many of the most popular drummers play over the years. You know the ones that get called for all the big and small gigs. Watching them play, I figured out something that they all have in common. Something that keeps their phone ringing and new gigs coming their way.

In this article I’m going to share what makes popular drummers popular. Not only the famous drummers we all know and love to watch, but even the ones in your community. Those drummers you see working everywhere with everybody.

The greatest drummers of all time

The great drummers we admire for their drumming ability are actually not only successful because of what they play on the drums. Their success comes from their ability to connect their drumming to the music. They know precisely when it’s right to add in a spicy drum fill, leave space, get busier with the groove or play simply to support the band.

For example, think about the drummers we view as a drummer’s drummer. That is, the drummers we think have the meatiest grooves, most fantastic chops and basically keep our chins on the floor from the beginning to the end of night.

From a drummer’s perspective, they are definitely a drummer’s drummer. They’re fun to watch and always leave us wanting more. If you ask any of the people they play with though, I’m sure you would get a different view.

Who is the best drummer in the world?

We know there is no one best drummer in the World. Every great drummer is great because of their unique skill set. The best of the best drummers though, know how to play to the music.

They don’t overplay the groove or fills and never act like their gorging themselves at an all-you-can-eat buffet every time they get a drum solo.

The most popular drummers don’t play for other drummers

When I was younger, I used to feel pressure to impress other drummers. Especially when I was at Berklee College of Music in Boston. You could walk down the corridor of practice rooms and hear drummers shredding their best chops. I think we all kind of got caught up in that vibe.

Now that I am older and hopefully wiser, other drummers’ opinions of my playing don’t concern me. I care how the vocalist thinks I am accompanying her singing. I want to know if the musical director thinks I’m too loud or too soft. My goal is always to make the other musicians feel comfortable with the music.

Jumpstart your Jazz drumming. Check out my Intro To Jazz Drumming Course at jazzdrumschool.com.

I’ve only had a few gigs in my life where the band was all drummers. 99% of all of my gigs in 35 years of Jazz drumming, came from playing with vocalists or other musicians. This is the biggest reason why I don’t bother impressing drummers with my skill.

Also, when I play, I am not listening to the drums. This is something I talk about more my article about the power of listening to get you more gigs. I am actually listening to everyone else in the band. I want to hear what they are saying with their instruments.

If I can understand their phrasing and musical language, I will then know what I can play that will complement their performance. This kind of focus when I play keeps my phone ringing too.

In another article, The Secret To A Great Jazz Drum Solo, I share about how to trade fours and eights in Jazz. I also dive into the best way to approach playing Jazz drum solos in general.

The best drum solos by the best drummers are not only about drumming chops. Great drummers use their chops strategically to elevate the energy of the music. In reality they do that maybe 2% of the time and sometimes they don’t do it at all.

There are those times when they can let loose a little. Even so, they keep their solos in the musical conversation.

In the video below, I demonstrate this. Notice how I stay in the same musical context. I choose notes and rhythmic phrases that contribute to the overall feeling of the song. As drummers, we always have to think, “How is me being here making the music sound better than if I wasn’t here.”

The most popular drummers always remember who pays them

Most of the busiest drummers in music are not band leaders. They are side men that support vocalists and other musicians.

If I had to put a percentage on the number of gigs I’ve played involving a vocalist it’s probably at around 85%. I get called to do a lot of studio work for vocalists. It pays pretty good too!

Accompanying a vocalist, especially in Jazz, is an art form unto itself. Knowing when to leave space, do a fill, simplify my groove or even change my cymbal color took years of practice and performance. It has certainly paid off too.

If it’s not a singer paying me, its a pianist, guitarist, sax player or bassist. I rarely if ever, get paid by a drummer. Certainly not the drummer in the third row of the hall who says, “Man, that was a great drum lick.” I appreciate the compliment, but I can’t pay my bills with compliments.

Popular drummers focus their ears and drumming on connecting with the other band members. They know that it’s those people that are going to keep calling them for gigs and pay for their car insurance.

One of the most recorded Jazz drummers of all time is Shelly Manne. It seems he was on more than 960 individual recording sessions. He played movie sound tracks, TV shows, commercials, music albums. Shelly really did it all.

He had a way of making everything he played on sound better than if he wasn’t playing on it. Producers, recording engineers, arrangers, composers and musicians all knew that about him too. That’s why he got the call.

So, take the pressure off. Don’t play to impress other drummers, play to support the other musicians in the band and make the music sound great.

Step onto the bandstand or into the recording studio and think only about the music that’s going on around you. It will open up many more playing opportunities for you. Musicians talk and recommend drummers to each other all the time. Be the drummer they recommend!

If you need some help with your Jazz drumming, I also teach private Zoom lessons. I’d be happy to help.

Who are the popular drummers in your town?

Learn to drum with brushes in the THE BRUSHES MASTERY COURSE. It’s the most complete online drum brushes course ever created.

Do you want to play Jazz on the drums?

Hey, I’m Von Baron. I’m determined to help you become an amazing Jazz drummer.  My only question is, are you ready? 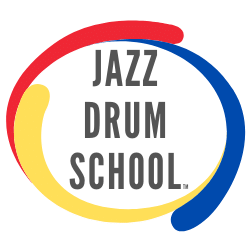 Do you want to play Jazz on the drums?

Hey, I’m Von Baron. I’m determined to help you become an AMAZING Jazz drummer.  My only question is, are you ready?

Click below and use coupon code SIZZLE22 to get 10% off any course through August 15th.

This will close in 95 seconds